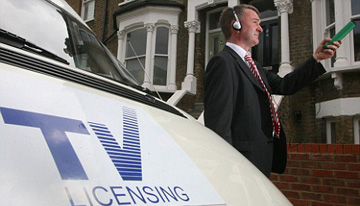 It’s great, you get to watch mediocre programs, a shadow of previous BBC programs from the golden age of telly, and not only that, you get to pay for executives’ slap up meals, massive pension plans and huge pay offs.

“The BBC is great, even disgraced executives who were fired under terms of gross misconduct and fraud are given massive golden handshakes. And lest we forget the patron saint of the BBC Sir Jimmy Savile, whose depraved exploits were defended by the beeb right to the very end. How’s about the large International excursions costing BBC licence fee  payers vast amounts of money, you know sending a group of 3000 BBC employees to Shanghai for a Chinese takeaway?” a happy licence fee payer told the BBC.

One non TV tax payer said: “I especially love the threatening letters they send me every day even though I don’t have a TV in the house. As for the TV inspectors calling at my property at all hours of the day and night with even more nasty threats, it spices up my otherwise dull life.”