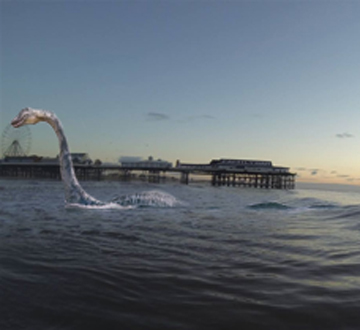 According to reports from Loch Ness, the Nessie might have to move to Blackpool, England if the Scots decide to get their Independence from the UK.

“It’s purely economical. Can you imagine the amount of visitors he would get then? We’re moving and all. Once this Scottish Independence thing happens it won’t be the same again,” Gordon Bampot, a manager at the official Loch Ness visitor centre told the Argyll Echo.

Visitors to Blackpool pier would get to see the Nessie popping his head out of the water but only if they pay a few bob for the pleasure, pictures are not allowed.

Nessie’s keeper, Andrea McPherson, told the Sun: “As long as he has some fresh fish he’s happy as Larry.”