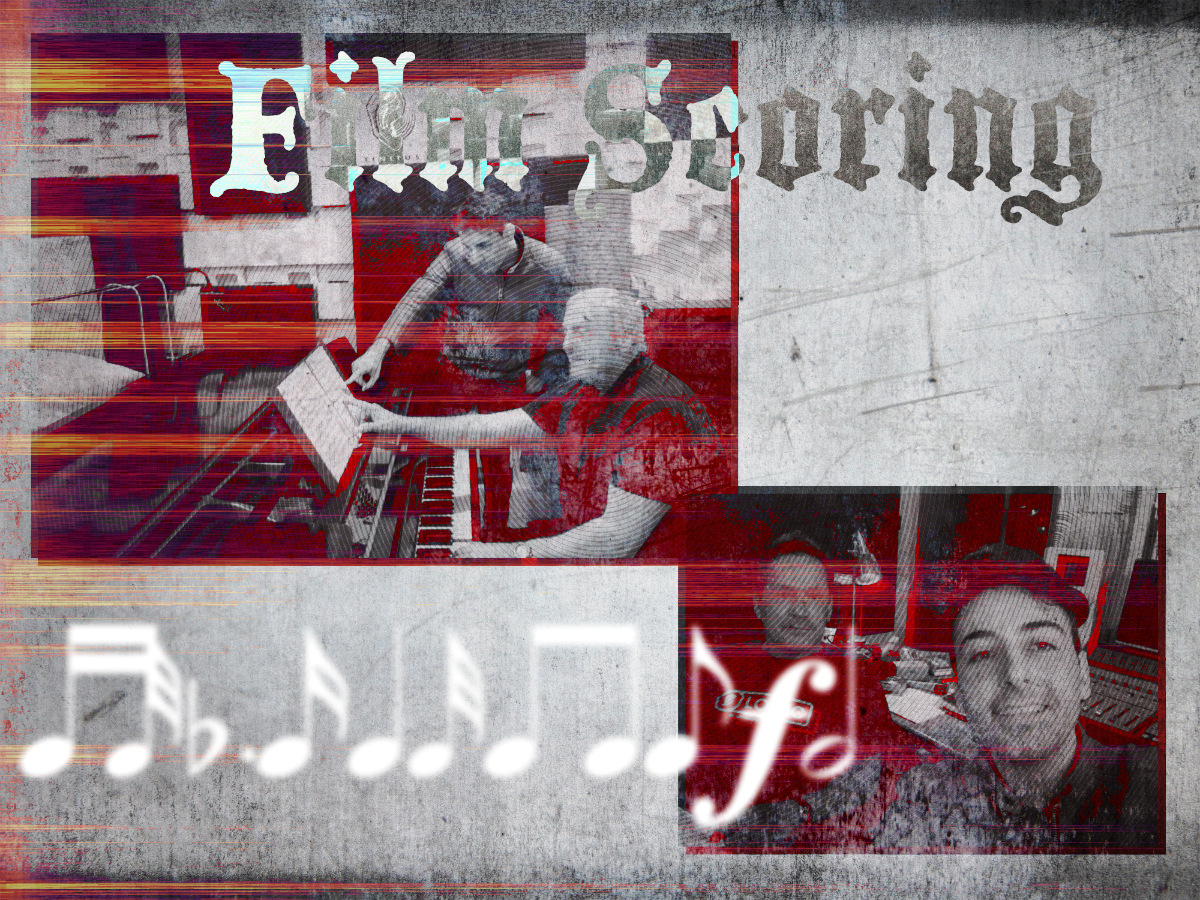 Sometimes, the most interesting and beautiful things in life happen unexpectedly! After all, we live in the digital era where we can connect easily with people from all around the world. A privilege that nowadays we take for granted, but people back in the 80s, 90s or even 00s never dreamed of.

Sannios has a fondness for what this digital social media era can offer and what has achieved for him.

He recalls: “During the first few months at Berklee College of Music, I was following
and adding fellow musicians on my social media platforms. I was a newcomer in the USA and I wanted to make as many connections as possible. In my mind, it was a typical thing and the best that I was expecting was adding a couple of good friends, a good rehearsal, forming my band, discussions about the classes and music in general.

I am a very communicative personality and after my graduation my intention was to move to LA, so I wanted to start making connections there. It all started with a random
question that I asked one of my friends.”

This random question would direct him to a series of events that led him to come in contact with many of the most accomplished musicians in LA.

“Delfi in my country Greece was regarded, by mythology, the “navel” (Omphalos) the centre of the world. Los Angeles is the “Delfi”, the “navel”, the centre of where the heart of music and film industry beats.’’

The story of John Sannios shows that everything is possible and that sometimes it only needs a starting point that can be just a question, or a discussion with a friend.

The new contact in LA was Francois Blaignan, an award-winning sound designer and producer. He is also a Berklee College of Music Alumnus with distinctions and important projects in his portfolio.

He has worked on many nominated and awarded projects, such as the Academy Award-winning films “The thin Red Line” and “The Last Days”. He has worked on big multimedia projects like the “Avengers Station”. He has used Tinitus studios in LA for the needs of projects like “Star Trek: First Contact” (1996), “Human Nature” (2002) and many more.

While collaborating with Francois Blaignan on the sound of “MyShake” app in “Tinitus” he had the chance to meet the film and television composer Richard Friedman, well known in the performing arts for his dramatic and orchestral scores. His music has been licensed worldwide and used by directors and producers such as Steven Spielberg, Quentin Tarantino and many others.

“I was thrilled to get to know him because I always admired his work! We agreed that there is a number of projects where my involvement with the sound design, orchestration, music editing in combination with my personal audio plug-ins setup was very much needed.

Meanwhile, we worked on the film “Mind Talker” where Richard Friedman is the music director. I was grateful that in a short period of time I had the chance to come in contact with such important and well-known figures of the industry.’’

Living in LA, Sannios had the chance to meet the fellow Greek award-winning film composer Kostas Christides with numerous credits to his name as a composer of original scores and as an orchestrator.

Kostas has been awarded for “Best Original Music” at Bare Bone International Film Festival and “Best Impact Of Music” at Park City Film Music Festival for his work in the film “29 Reasons To Run”. He is also the recipient of the “Best Original Score” award at the “Greek State Film Awards 2006” for his work in the German-Greek production “Eduart“. He has composed music for “The Stan Lee Story”, “Love Happens” (Universal), “Black Tulip” (Fox), “Perkins” 14 (Lions Gate), “Untraceable” (Paramount), “Dark Ride” (Lions Gate) amongst others.

“For me, getting involved in another promising collaboration, especially with a fellow Greek composer, was something more than welcome. I was aware of Kostas worldwide success back in Greece. I admire his orchestral textures and the clever way that Kostas brings every instrument of his entire orchestra out, allowing them to shine. The way he underscores the heightened emotions in combination with his complicated percussive patterns gives a warm character to his work. It always brings out emotions and highlights what matters the most.

With Kostas Christides we have an ongoing collaboration with work that includes music editing for a psychological thriller and music and foley editing for a documentary.’’

Working backstage was something new for Sannios as he was already a successful singer/songwriter and performer.

As he says: “I moved to LA during the pandemic. Working with people in the film scoring industry allowed me to enter a different environment from the one that I had used to. It was for me a new and alternative way of approaching music as a whole. This environment deals with music that is composed and recorded to fit the story of a film and to adhere to a strict timecode. You have to delve into the mental space of the movie and immerse yourself in a specific music genre or culture, and at the same time make critical decisions on things like instrumentation and sound design that can affect the overall outcome of the production. I can say that I like and enjoy both worlds, and I feel happy and fortunate that I opened that door.”

Everything happens for a reason and Sannios with his story is a living proof and grateful about it.