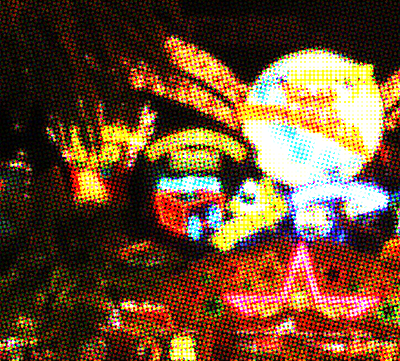 Baghdad beckons. The smile and the sentiment are genuine. Bonds seems to light up the room with his vivacious nature, a man who truly inspires others and who dares to tread where others do not. This some say is the key to his immense success, not only does he own half of Reno but he owns the Bonds Casino bang in the middle of Las Vegas.

He started his entrepreneurial journey at the age of 10 by operating gambling machines from his fathers garage. By the age of 14 he had 350 machines and was averaging $3500 per week, this in 1973 was big money and he made more than his father could ever earn working as a post man.

By the age of 21 he was a multi-millionaire and had acquired a portfolio of property all in very prime locations. The rest is history as they say.

“My vision was never clouded and I never gave up.” He says as he plays with the huge nugget diamond ring on his finger.

His next endeavour however is one that truly defies all the odds.

He wants to expand his property empire in Iraq and who is anyone to stand in this statuesque American’s way? A staunch Neocon he has voted for and funded George W Bush from the beginning. The Republican party has a true winner on its side.

“I gots me a belief and I know that Iraq is a Christian nation at heart, we’re gonna convert them sand people.”

His vision extends to building churches where mosques once were and converting some mosques into casinos and bars all over Iraq and Baghdad.

Basra is already earmarked as a haven for rich American tourists to come and spend their vacations. Bonds has quickly acquired prime land by the sea for his first hotel resort and theme park.

“America is staying the course, now that we got permanent military bases here this is our territory now.”

I ask him about the security situation and he exclaims “It’s safe as anything here, we’re building condos, Baghdad whore houses, strip joints, casinos and malls right here in the so-called ‘war zone'” he laughs at my question and tells me “The liberal media says there is a war going on here, I ain’t seen none, I drive my armoured humvee everywhere with my Blackwater friends and we don’t even get so much of a scratch.”

Indeed, Mr Bonds has close ties to Halliburton and Washington and has recently been commissioned by the US Department of Tourism to make a series of US TV adverts telling Americans that everything is fine in Iraq and it is safe to vacation there without a military escort or kevlar vest.