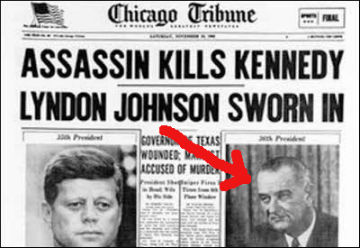 After being assassinated some time in the 1960s, news is slowly filtering in that John F. Kennedy is still kind of dead.

“He died in the 1960s. Somehow he got shot whilst travelling in a moving vehicle. Yep, he’s still dead now. Been dead and gone for a long time,” Larry Sliverstein, a man who remembers the day Kennedy died, told Time Magazine yesterday.

“As far as being dead, it means that John F. Kennedy will not be coming back, I guess that’s what happens when your dead,” a news reporter for a local Dallas news team said during another Dead Kennedy TV spectacular.