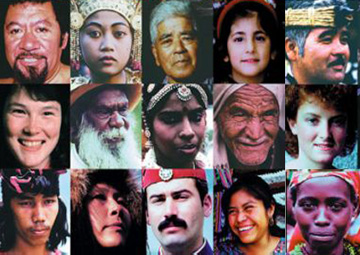 Experts on global migration at the Institute of Institutional Institutes say that mass unfettered immigration is good for globalisation and the one world government.

“Look at humanity as a great soup, you got a little pinch of this, a little pinch of that, then you come up with something different. Maybe something better. If we all had the same genes, the shit would be boring. Who wants that? Besides, from our research, if races intermingle and breed with each other, they create one big better race of humans. It has been going on for thousands of years and it isn’t going to stop whatever the purists try to do,” Professor Denton Chase at the III, told CNN.

On Tuesday, the Oprah Winfrey show pitched a white racist against a black racist. They both were racist and no better than each other.

“Black racists are sometimes worse than white racists, but mildly brown coloured racists can be worse than both black and white. As for the Red Skins, well they’re the most racist of all. And don’t forget the invisible f*cking man, he hates every colour. So there you go folks. We’re all racists and that’s the truth,” Winfrey summed up before calling one of her cameramen a ‘stupid racist cracker bitch’.