Since Erdogan’s Islamist party has been in power, the country has reverted from its secular nature and now resembles Iran.

“We are now living under a Totalitarian Islamic Dictatorship with women going around with head scarves and any dissent to the state or Islam being punished severely.

“The founder of modern Turkey modernised the country to look West and break the restrictive shackles of religion, but now this Erdogan guy is taking us back to the dark ages.

“The way forward is not in slavery, but free thought, free speech and most of all freedom to dress how we please,” an unarmed Turkish woman said before being tear gassed in the face by some thugs in uniform.

By reverting the nation socially and morally back to Medieval Islamic practices and customs, Erdogan is going against the grain of progress.

Some say that it is the EU’s fault by dangling the carrot of EU membership for so long, there is no way in hell the EU ‘Crusaders’ would ever allow a Muslim nation into the fold.

Therefore, Erdogan is now looking East, and economically the prospects have been better but there is a big price to pay culturally and the country’s secular roots.

While Greece and other parts of Europe are now in serious financial dire straits, Turkey’s economy is steaming ahead and they are making deals with non-EU nations, but for how much longer can they sustain the economic rise with daily riots?

“Instead of acting like Khomeini, Erdogan should be acting like the Shah. Religion should be for the home and mosque not pushed down our throats everywhere. Don’t go backwards into the darkness but go forwards into the light and most of all don’t mess with the Turkish belly dancing chicks on telly,” an angry anti-dictatorship protestor, Ali Abdullah, 39, said from Taksim Square, Istanbul, yesterday before being dragged away and beaten to a pulp by security officials. 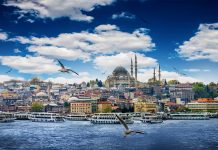 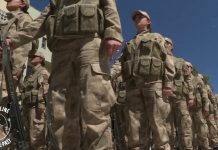