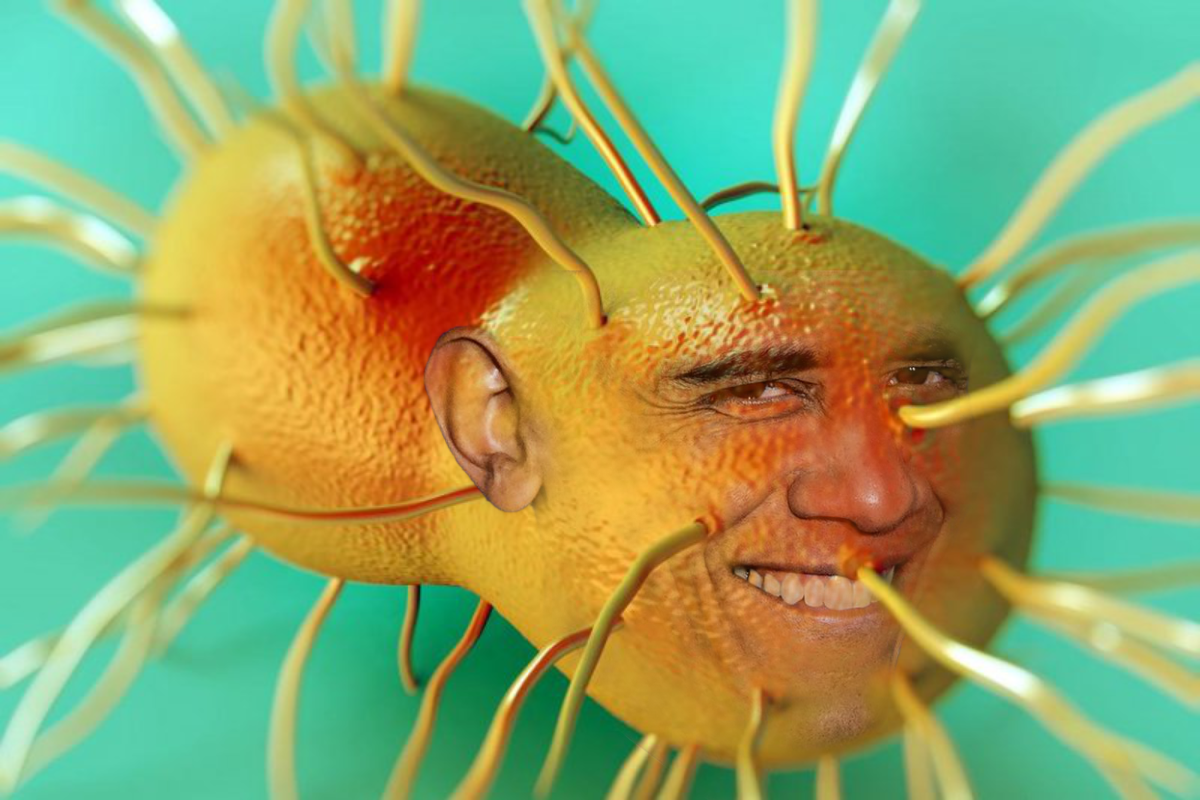 Barack Hussein Obama has been likened to a bad case of the clap that keeps coming back constantly even after treatment.

“Oh look, there he is again, much like a pulsating suppurating genital Gonorrhoea wart — Barack Obama! This guy’s ugly head keeps popping up all the time and is wanted as much as a huge sulphurous dose of Super Gonorrhoea on the end of your todger!” one man quipped, wincing.

The world had eight long years of this insipid Marxist with a huge racist chip on his shoulder, and some would postulate, many of the problems we are all dealing with today are because of this ignominious turd called Obama.

The list of the horrid things committed by Obama are too many to list here, but we can name BLM, ANTIFA, China, transgendermafiaism and mass PC/biased censorship as his darlings.

“The enemies of America loved Obama, Iran, China, ISIS, Al Qaeda, Assad, North Korea, to name but a few. I can just imagine those U.S. military planes loaded up with millions of dollars to give to the Iranians, those were your tax dollars, given to a regime that would still keep on building nukes to shoot at us, and Obama handed them the money, he might as well have bent the whole country over to be fucked in the ass by the Ayatollahs!” an angry former Democrat voter revealed.