Donald Trump visited the White House today to meet with outgoing president Barack Hussein Obama on plans for the transference of power. To say the meeting was edgy and cold would be an understatement.

Trump’s landslide victory at the recent U.S. elections caught many off guard, and liberals are all still in deep shock that their delegate Hillary Clinton was not elected.

After the meeting at the White House, when asked about Muslims, Trump was at first hesitant about revealing his plans, but then answered emphatically that Muslims are a danger to the national security of the nation.

“I have already spoken in depth about Muslims. Our solution will be humane and just. Their religion is abhorrent and cannot be trusted. We cannot trust Muslims in our cities, our streets, our jobs. Look what happened in the San Bernardino shooting or the Orlando massacre? These atrocities were all committed by Muslims on U.S. citizens going about their daily lives. We can’t have this savagery amongst us. That’s why I’m calling for every Muslim to be registered in a database. We need to find out who the devout ones are, who the others are. We need to know if they own guns, and we need to stop their permits. We need to know and watch every Muslim in this country, and when the time comes I will make the final decision. We need to detain them until all the attacks stop. Detain or deport. We’ll give them a choice. Let’s not forget their mosques either, shut them down, we can and will do that. They have no place in America, a Christian God loving country.” 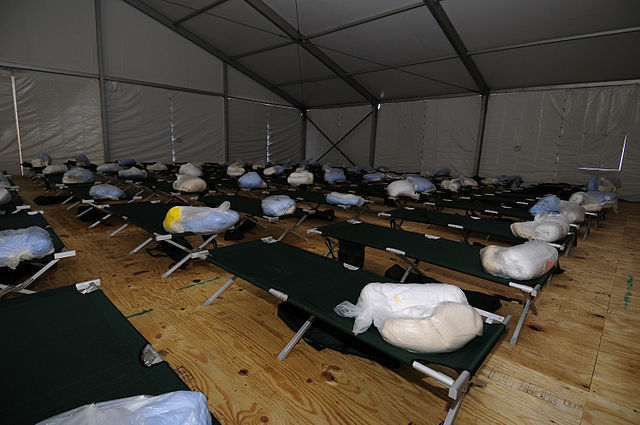 Another reporter asked about Muslims who wish to visit the United States.

“It’s common sense. We have no choice. There is already a no-fly list in place for known terrorists and criminals. Our policy in the name of Homeland Security will be that all Muslims are potential terrorists. Until the war of terror is over, this will be our policy. They can go and visit some other country, but Muslims will not be welcome in America while I am president.”

As reporters rushed to ask further questions, Trump halted them and moved on with his entourage.

There are fears for many Muslims in America today, as attacks on their person have risen by 25% already since Trump’s election victory. Many are now making plans to leave of their own volition.