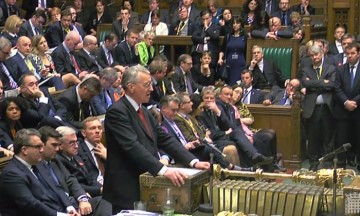 The Daily Mirror has claimed they photographed and witnessed the ghost of dead leftist MP Tony Benn during his son’s bristling speech condoning the bombing in Syria.

“I saw this ghostly image of Tony Benn, he looked aghast at what his son was saying. Tony was very anti-war and would have definitely voted against the air strikes that will most certainly cause civilian collateral damage,” one of the reporters in the gallery claimed in the newspaper.

Hilary Benn himself said after the speech that during his bristling words condoning and encouraging the bombing of Syria, he felt a “chill go up my spine” and a “waft of pipe smoke went up my nostrils” almost making him choke.

We leave it to our readers to make their own decision on whether this is proof that Tony Benn reappeared from the other side to show his concern towards his wayward son. 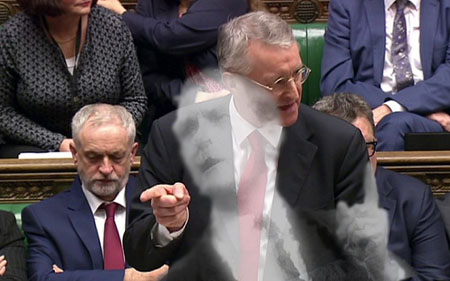