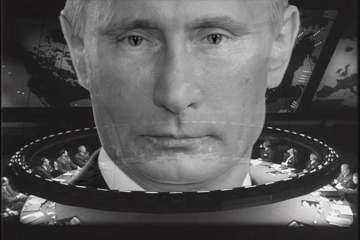 “What we have here is a chess grandmaster who has used pin and skewer tactics to effectively immobilise the opponent. Putin is at least five or six steps ahead of Obama and his strategy is starting to hurt the ailing president, or self-proclaimed king as he likes to be known.

“Russian ground, sea and air forces are now being bolstered by a Chinese carrier that recently landed at Tartus.

“Unfortunately, the U.S. is now on the ropes in Syria, and because of Obama’s inexperience in military, strategic and tactical matters, it is too late for any American involvement, especially boots on the ground.

“Our advice is simply to call in the game and halt any thoughts of action in the region because it is too far gone for any valid resolution. To continue with even a limited air campaign could set off World War III.

“If, however, World War III is the intended goal by the Obama administration, then their strategy is working.”