Home Sci/Tech Man vs Machine: Who Will Come Out on Top? 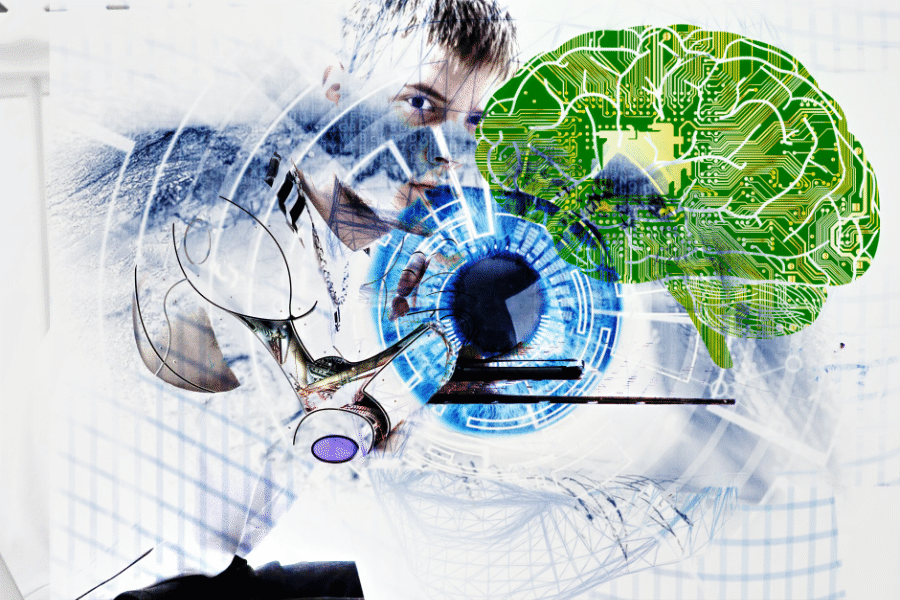 The robots are coming whether you like it or not. The future, or as some term it, the Singularity will occur when AI surpasses human intelligence capabilities exponentially to become sentient. The new epoch we are now entering will be the one that defines the term ‘man vs machine’.

The father of the Singularity is of course Ray Kurzweil, currently head of engineering at Google, and if you care to read any of his books or attend any of his lectures, the cogs in your jellified brain might start turning faster and with more efficiency than before.

Kurzweil’s predictions of the future have been 80% accurate, and coming from a man who digests over 200 vitamins and supplements a day for longevity, one can’t help but think he is serious about the future.

Once the biological element is fully understood by the digital, the biological will become obsolete. To lose an eye or an arm will not be anything to worry about in the future because the digital components along with nano processors, and advanced technology will just replace the missing appendage without so much as a digital burp.

Futuristic technologies are also playing their part in diagnosis, surpassing what even the most skilled physicians can do in some cases. Scientists, including those from the University College London have designed an AI system that can predict heart attacks and strokes more accurately than its human counterpart. Another AI technology is able to detect cancer risks before symptoms appear 30 times faster than a human doctor, and with 99% accuracy.

Artificial intelligence now extends to many businesses, the internet, and interactions with humans. For example, Libratus, an artificial intelligence bot built by Professor Tuomas Sandholm and one of his PhD students at Carnegie Mellon University, beat four of the world’s best poker pros in a twenty-day Texas Hold ‘Em tournament in 2017. The odds on Libratus winning were 4-1, and such was its success that it has now accepted a job planning war games for the Pentagon.

The casino and gambling industry are now masters of the algorithm, and punters may think they have a chance to beat the game even when the odds are firmly stacked against them, but in the long run, we all know who wins. It is this psychological flaw in us humans however that makes us even more determined to win, and surely when we do sometimes, we get that special thrill. The folks at Betway who researched much of the analysis on robotics and AI are themselves masters of the algorithm for that special edge, yet making games and bets functionable.

Transhumanism, will become the de facto state of the human race 2.0 in about 50-100 years, where humans will extend their brain power digitally and modulate their bodies. One could say there may be some disparity in the future, with augmented individuals and the straights who decry such meddling. Some futurist thinkers even posit that a human 2.0 relating to a regular human will be on the level a human today relates to a cow, or a goat.

It’s estimated that up to one-fifth of the global workforce could lose their jobs by 2030 due to robot automation, affecting 20% of UK employees. Machine operators and food workers are most vulnerable, but some unexpected roles are also at risk. Google has already revealed its advanced AI bot called Duplex, which conducts “sophisticated conversations” and completes admin tasks such as booking appointments. Robots are even moving into creative sectors. Approximately 850 articles from The Washington Post’s 2016 US election coverage was written by a robot reporting programme called Heliograf.

It’s not all loss though, a report from the World Economic Forum believes AI will create 133 million new jobs by 2022 by freeing up staff for brand new tasks.

The mass proliferation of robotics and AI across the globe will bring upon a new epoch where humanity will not only master its biological self, the environment, but space. One can imagine legions of robots being rocketed to distant stars to find habitable planets where humans could colonise, or to garner minerals and valuable resources.

Increasing the lifespan of humans to overcome disease, cancer and old age is a scientific dream that may soon become a reality. Nanotechnology is still in its relative infancy but it is making greater leaps and strides every day. Researchers are reportedly working on a computer made from DNA, which would live inside cells and scan for any faults in genetic makeup, such as the development of cancer cells. If any faults were found, the computer would ‘reboot’ the system, destroying the unhealthy cells and reducing the risk of cancer or disease.

With ageing populations across the globe, we will also see the use of robot helpers in the future. Healthcare in old age is a costly business, but will be eased by robots. Housework will not only be solved by robotics but by nanotechnology with the introduction of self cleaning materials, and the ultimate problem of loneliness in humans will also be solved with robotic AI partners.

When it comes to efficiency, we humans are sadly no match for our robot rivals. With speed, skill, and near-perfect accuracy across all sectors, robots don’t make any of the mistakes that make us, well, human.

However, thanks to our distinctly human traits, it’s ultimately mankind who comes out on top. As much as we are lapping up the benefits of the mind-blowing technological advances already available to us, nothing can replace the simple but necessary pleasure of human interaction.

Humans will not end up in zoos and viewed by robots as devised in dystopian novellas, but we will instead harness the technological wonders of robotics and AI for our own benefit, and the betterment of our planet.

Luckily for us, humans are irreplaceable and the future will be one of immense technological creation that will fuel the next epoch in our development, not only on this planet, but in the stars beyond.