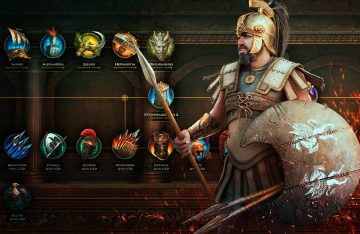 Set in 5th Century B.C Greece, Plarium’s Sparta: War of Empires (http://spartawarofempires.com) will allow players to build their own Spartan city from the ground up with unique features along the way, separating it from your standard, massively multiplayer online, free-to-play browser game.

Players create and manage their city through the construction of various buildings, troops, and diplomatic endeavours with both AI characters and other online players. Many other strategic, browser games will leave players to their own devices and will have little to no tutorial. However, this free-to-play game starts off by taking you, step-by-step, through each building and the advantages of having each one.The simple tutorial quests will ensure that you are able to fully understand the game before leaving you to it.

It is true, that, the tutorial may seem tedious for well-practised MMO players who are familiar with this genre of game. However, it allows for new players to join the fight and create their own city with little trouble.

Whilst the main aim of this game, is to battle against the AI and push back the Persian Empire, players have the choice to help or hinder nearby, online players. Forming alliances with other players will ensure you have access to other essential materials, to your ongoing war against the Persian Empire. Additionally, online players who are willing to help each other rather than against each other, are able to form alliances and tackle other, online, groups. 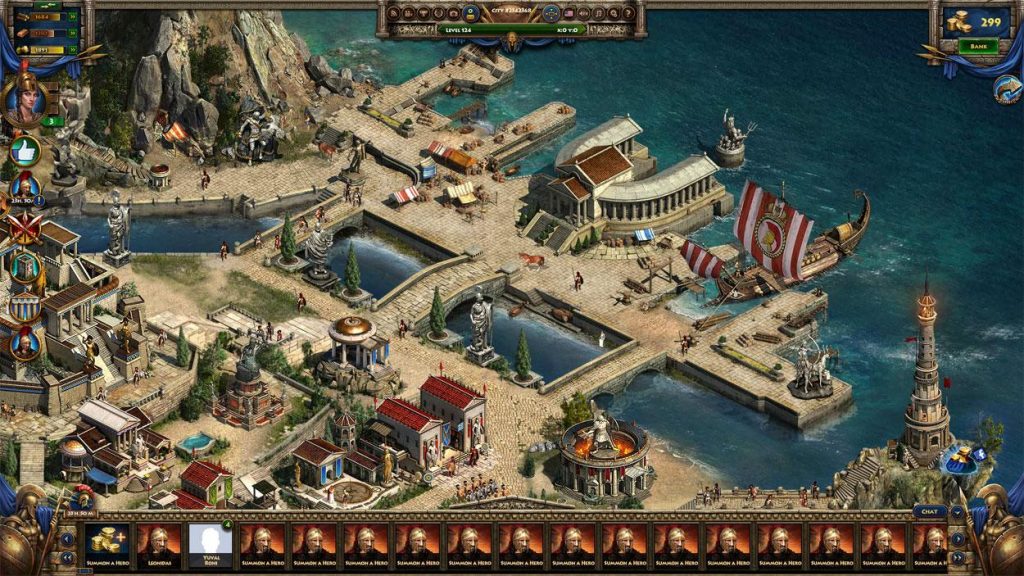 The key to survival in this game is upgrading your city, buildings and military units. As you slowly upgrade your city there will be a lot of waiting time, something that most MMO games will include.
These days, game companies and developers are monetizing their games to their full potential and, with the long waiting times, players who have a keen interest in this particular genre always have micro transactions available to them. These micro transactions will be used to exchange real money for a premium, in game, currency.

However, this particular F2P game, will allow players to earn the premium currency by completing quests; thus allowing players with all types of budget to continue through the game without having to spend their real money.

For this type of browser, strategy game, Sparta: War of Empires boasts great quality graphics and there is no doubt that this game is visually appealing, with a lot of focus on the buildings’ intricate and well finished designs. Plarium have also given players the option of playing full screen, and become fully immersed in this 2D strategy game.

However, the downfall most noticeable in the visuals is the lack of movement from the military and civilian units that you look after. It would be fantastic to see the minuscule characters move across from building to building. This small and simple tweak would certainly enable this game to stand out.

Voice acting and historical characters are also included throughout this game. Whilst you journey through the quests and meet other players, you will have guidance from King Leonidas, a Warrior King of the Greek city-state Sparta who lived between 540 BC and 480 BC.

Sparta: War of Empires is certainly a typical, strategic MMO browser game but adds unique features. After reviewing the game themselves, renowned gaming website, Gamesreviews.com suggested that this is worth a play.

Is an Ancient Greece, strategic, online game for you? This particular multiplayer game focuses more around diplomacy and strategic thinking rather than combat but this isn’t to say Plarium haven’t included their fair share of action. 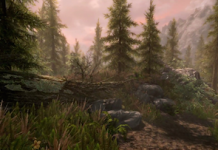