Home Business The Worst Business Decisions Ever Made 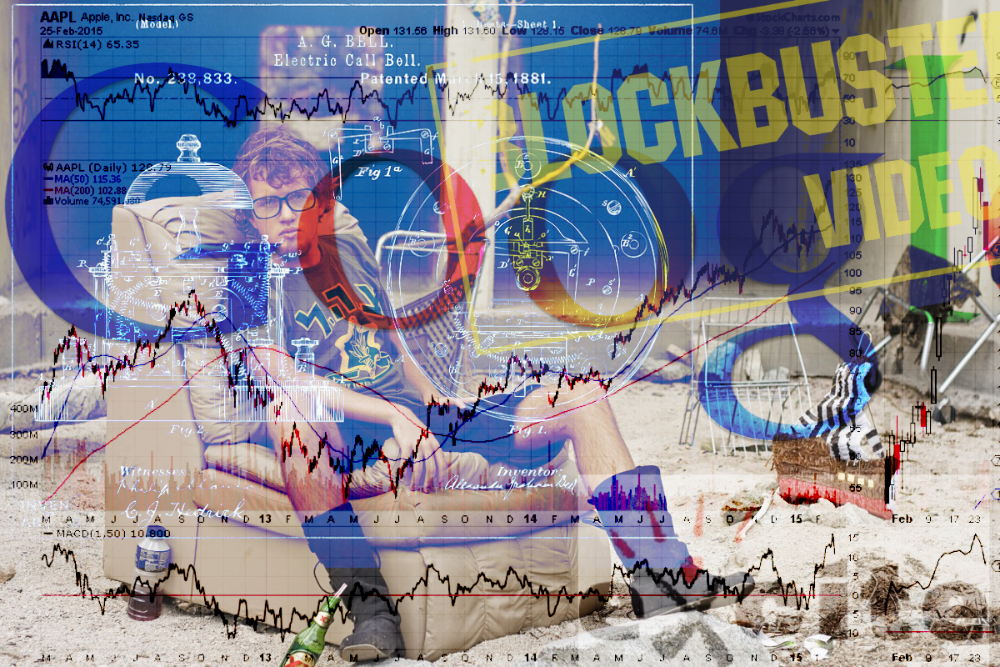 Consider these poor fools, they just did not have the foresight to see the real potential of those they turned down and are living with the awful memory until they pop off in some smelly dank old peoples home broke and miserable.

Think about poor forgotten Apple co-founder, Ron Wayne, who helped Steve Jobs and Wozniak start the company. Wayne received a 10% share in Apple stock but sold out in 1976 for a measly $800. If he had kept his stake in the company, the shares would be worth $36 Billion. How about that for a kick in the nads? Wayne’s only claim to fame was drawing up the first Apple logo, and writing the Apple I manual.

Then there’s Ross Perot. Sure he is still a business man now, and former presidential candidate, but he definitely does not want to remember the time he turned down Bill Gates on buying up Microsoft in 1979. Bill at the time was a 26 year-old spotty geek, and he asked for $40 million. Perot refused and Microsoft is now worth $752 Billion. Mr Gates, is now the richest man in America, and Mr Perot is only at about 115 on the rich list. Still, it must be hard living with the fact that he could have been way richer than he is now, eh Mr. Perot.

How about some board member in the Kodak camera board of directors saying that they will not embrace digital cameras or digital photography? It was their dumb decision that brought the camera company to near bankruptcy losing over 50,000 jobs, and resigning them to a losers position in the world of cameras. Sure they were originally innovators, but did not embrace change leading to their inevitable downfall.

Google may be a monolith company today with a market share of $527 Billion, but back in 1999, search engine Excite turned down an offer to purchase newcomer Google for $750,000. After that mess up by some idiot at Excite, i.e the CEO George Bell, the search engine floundered and was acquired for a piffling $343 million. The reason for the offer being declined apparently was that Larry Page from Google wanted to improve the search function algorithm at Excite, but the Excite people did not want that, as it would mean people would leave the site too quickly. Ultimately, a bad decision for a bad search engine.

As for Blockbuster video which closed its doors in November 2013. It had been completely decimated as a company because it did not move with the times, and the public’s needs. If Blockbuster had not turned down Netflix in making a deal when they came knocking, they might still be around today, but instead they laughed off Netflix’s offer and suffered the consequences. Today, Netflix is a dominator of the movie business, and is worth a cool $100 Billion. That’s nothing to laugh at, especially if you are the ex-Blockbuster executive who made the idiotic suicidal decision to tell Netflix to get lost.

At one time in the noughties, Myspace was the dogs bollocks, and everyone was on there. Then came along the canny businessman and global media kingpin, Rupert Murdoch. Myspace was said to be worth $12 Billion at one time, so Murdoch wanting a piece of the action bought it for $580 million in 2005. He then plastered the whole site with mega ads and popups completely ruining the user experience for the millions who used the site daily. People naturally fled the site to Facebook. The rest is digital history, Myspace was then dropped by Murdoch’s News Corps for a mere $35 million. This amounted to a very bloody nose for Murdoch and he still is probably kicking himself today for that awful business decision.

Going back to 1876, some chap called Alexander Graham Bell invented a means of talking down a wire from distance. This invention, called the ‘telephone’ was presented to the Western Union company to supersede the telegram. The board of directors promptly rebuffed Mr Bell, and said “the telephone would never amount to anything”. It was only years later when the telephone took over telegram communication that Western Union tried to get in the game but were too late. Eventually, Western Union became a subsidiary of Bell’s own company.

What about cryptocurrency? No one imagined Bitcoin would become so valuable. Think a thought for the poor bugger who mined 7,500 Bitcoins then unintentionally threw away his horde in 2013. Today his Bitcoins embedded in a hard disk are languishing somewhere in a dump and are worth over $80 million.

Check out more interesting facts at the Betway Blog