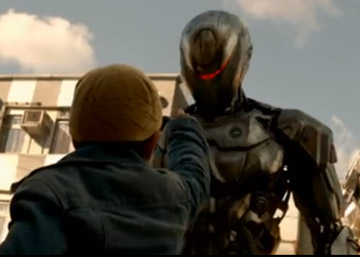 According to a team of globalisation experts at the Facilitative Unitive Central Kytomitonic Education Directorate, London, the world is entering a new era of feudal dictatorship through the use of austerity and removal of all privacy, freedom of speech, and total all encompassing mass surveillance.

“What we are seeing is an increasing distribution of wealth being repatriated incrementally every year towards the higher echelons. Through the tactical introduction of extreme austerity and  higher taxation on the land’s vassals, the feudal lords are increasing the velocity at which every single penny is stolen from the already near empty wallets of the plebeians,” senior research fellow, professor Rufus Templar, wrote in a recent analytical paper.

The professor added: “In the United States, the so-called Obamacare law is in fact an increased taxation on the population, and this cannot be disputed as American citizens are fined and given large penalties for not complying with the new draconian laws being forced upon them. The additional controlling factors towards the push for eventual feudalism are the scarcity of employment and limitation of food supplies on the peasantry as well as the forthcoming disarmament of previously armed citizens.

“The British people are however very used to the feudal system and heavy taxation as they have known it since the 9th century during the Middle Ages. The peasants take daily beatings from their masters like ducks take to water in Britain and happily endure any indignity foisted on them whilst smiling at their controllers.

“In the West there were predominantly only two eras, the feudal era and the capitalist era. September 11, 2001, was the signal at the beginning of the century that the capitalist era had ended and the elite banking system engineered a perpetual depression in 2008 to bring in a permanent state of austerity (poverty) on the world’s civilian population.

“The post-consumerist era will be an altogether different world where machines will supersede the capabilities of the previous human tax slaves. The false democracy espoused by Western nations was always a cover to stop any thoughts of revolution, but it is apparent that this form of consumerist led slavery is not working any more and as the curtain is drawn, the monsters of oppressive overt reality show their ugly faces to the blind masses. The machines will patrol and police as well as serve their lords as the human peasants did in the past, therefore that leaves the question, what to do with the remaining humans, who will not have food, not have shelter and not have the same employment under their previous masters in past history? That question can only be answered by time itself, as we are still in the early stages of austerity. The machines will also invariably replace the human soldiers and the police that are defending their masters now. It is apparent that these brainwashed pawns in an altogether larger game will be trampled upon and replaced as eagerly as the rest of the masses.”