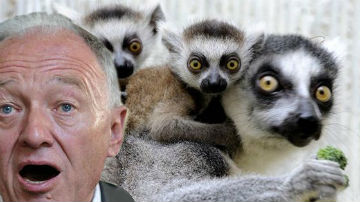 “We racked our brains all week and finally we found the final solution. Someone shouted out ‘Madagascar’. Just as the Jews were once purported to have been told post-war to go to Madagascar, Ken Livingstone should be forcibly moved there too,” a Labour member present at the meeting told the Guardian.

The anti-Semitic Corbyn-run Labour party are scrambling to save face, some even proposing that Livingstone has a 100 foot high wall erected around his new domain manned exclusively by Jews with machine guns wishing to contain the former London mayor from further outrage.

In a fit of genius, one big Labour brain asked: “Are there any trains in Madagascar? If so, we could pack Livingstone on one, give him no food or water for hours, before being delivered to a camp where he is greeted by barking Alsatians and brutal camp guards. His lot in life then will be one of back breaking work, hitting rocks with a hammer and working in the local salt mine or alternatively, if directed to the right, fast tracked towards a shower.”

Jeremy Corbyn, who is fully backing Britain remaining in the EU, was not available for comment.