Donald J Trump has finally clamped down on communist regime China, a brutal totalitarian country that tortures its citizens mercilessly, genocide of millions of Tibetans, has no copyright recognition, and has been booming economically from unjust tariff trade deals.

China is a serious threat to Western democracy and needs to go back to its 1970 poverty.

Here is a communist country that utilised capitalist systems to gain great wealth, albeit from a skewed tariff trade system heavily in favour of China. The devious Chinese in consort with suitably aligned U.S. entities tried to use the ensuing wealth to spread communist ideology by stealth.

This is why U.S tech monopolies in consort with China’s communist ideology (Google, Twitter and Facebook) have been pushing Chinese censorship techniques in the West today.

Apart from the brutal dictatorship that knows no human rights or law, China is knockoff central, where they take products from the West then copy them without any form of copyright reciprocation.

China has been getting away with their economic murder for too long, by utilising slave 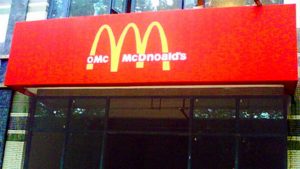 labour to make Western products undercutting American workers. One has to also acknowledge that the previous socialist administrations were the ones pushing for China to be America’s factory.

Communist China is a cancer

Send the money back. No more economic rape of America will be tolerated. Global communism has today taken a step back. China is a cancer to true democratic globalism, and this cancer like a big fat pulsating tumour must be stopped from spreading. The Chinese ploy of spreading communism through the economic backdoor has now backfired. Fuck communist China. The only thing you stand for is brutal torture, censorship, dictatorship and other totalitarian communist ideals.