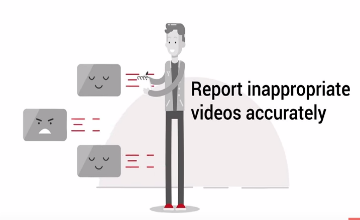 To go from large volumes of traffic to zero seems to be part of the game when it comes to censoring free speech and thought. That’s how they get you out of the game if they want to stop you expressing your point of view. YouTube is now a video portal which has adopted soviet censorship policies.

Anything that is deemed as ‘negative’ by the YouTube stasi politburo i.e. any view that is contrary to YouTube’s political stance at that moment is thus deemed as negative. To illustrate a point, one could make a critical video of any politician and if that politician is affiliated with YouTube in any way, then your video will be marked down, you may get copyright slashes, you may get demonetized, or most likely you will simply not be seen on the internal search engines.

So, how can a political satire site survive on a channel like YouTube? The hard truth is it can’t therefore, we have limited our use of that site, and until we find some place where free speech and free thought is appreciated we will cease to put out any material on that site.

Now that YouTube’s soviet style censorship is going mainstream with the Heroes program, all the Marxist agitators, socialists, communists and anyone with an anti free speech agenda will be interred into the censorship role. You too can be a snivelling snitch cunt and flag peoples videos simply because you don’t like the viewpoint being expressed by someone else.

This YouTube program resembles a Maoist re-education camp where many were forced to go and learn how to be a good communist. Aldous Huxley’s Brave New World, and George Orwell’s 1984, are all coming true more than even they could have dreamed up.

If you ever do venture onto our YouTube account you only have to look at the timelines for all our videos and you will see a major cut off from 2011 for views, from thousands per video to just 100s. This is because our site was deemed too political for YouTube as we were expressing views not appreciated by the Obama administration.

Later in 2013, our sites links across the web were completely erased and our site was nearly blacklisted by Google. Sure, we have recovered some ground since then, but are still under surveillance and are constantly being monitored.

Hopefully, when Obama leaves office, things may change, however we are not sure of this, because the system he introduced will still be in force. It seems the ‘Americanized’ web does not understand British humour, let alone satire, or free speech.

When we say Americanized, we mean soviet because under Obama, everything has become about surveillance and snitching. This communistic technique of control limits freedom of expression, freedom of thought and is in essence an ominous program of total control that is now exemplified by the YouTube Heroes program where it is now becoming mainstream.

In Soviet Russia, people were encouraged to snitch on their friends and families if they said anything bad against the communist regime, YouTube is using the same technique and is asking regular YouTube users to police their site for them and flag ‘negative’ videos.

You too can be an unpaid informant, a snitch, a vindictive cunt of the highest order by joining the YouTube Stasi Heroes program. Yes, you will be a hero as you flag someones video, their opinion, or their work of art. Hope it makes you feel good to know that you are a slimy piece of crap, a worthless scum bag of the highest order..a true hero to your filthy freedom of expression hating masters.

I disapprove of what you say, but will defend to the death your right to say it.
Voltaire