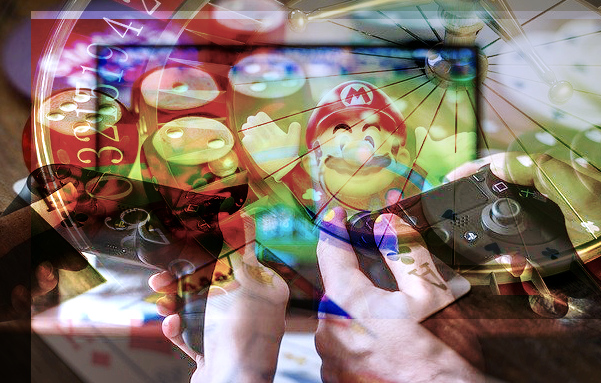 Gaming consoles have been at the core of the thriving gaming industry. They are a perfect example of how modern technology has influenced the casino industry. There are fantastic games available for gaming consoles from Red Dead Redemption, Casino Nights game, Prominence Poker, Pure Hold’em, to mention a few.

It’s now possible for players to easily access their favourite games on platforms such as NetBet from their browsers or even mobile devices. If you are an avid console gamer, it’s always good to look back in history to understand how far this technology has come.

Whether you love playing on the latest PlayStation 4 Pro, Xbox One X, the nifty Nintendo Switch or any other gaming console, this post explores how it all came to be.

To appreciate how far casino games on console have come, you have to look back at first home video game console. This honour goes to Magnavox Odyssey released in 1972 by Magnavox. Magnavox Odyssey was a crossover between the new and old and was the trendsetter.

The first generation video game consoles also included other early releases such as the Color TV-Game series, the Atari Home Pong and the Coleco Telstar series.

The 1980s were a great period in the growth of casino technology. One of the most significant innovations was the Fruit Machine by Amsoft launched in 1984. It was part of a package when buying the 8-bit Amstrad CPC464. It was compelling even though players couldn’t win real money.

Another notable development was the Fruit Machine Simulator created by Code masters and launched in 1988. The simple machine released on 8-bit home computers had better visuals and improved games.

The same developers gave the gaming world the Monte Carlo Casino in 1989. It was a shift from the slot machine-only concept and had multiple games from slots, blackjack, Roulette, Poker and craps.

The 90s and the Age of the Internet

The 90s saw a revolution in gaming with more software and hardware hitting the market. The Lynx handheld device is hailed as a precursor of casino video games, and it featured a colour LCD display. At this time, the Nintendo’s Game Boy released in 1992 had set the standards in game consoles.

Lynx Casino was an amazing simulator allowing players to try their hand in blackjack, craps, roulette, slot machines, and video poker. However, there was still no use of real money. Nintendo was heavily active and in 1993, the gaming developer launched Vegas Stakes,which recreated the casino atmosphere.

Other game titles such as Donkey Kong 64 (Nintendo 64), Sonic the Hedgehog2 by SEGA Mega Drive, Super Mario Bros 2 by NES, featured casino games. They showed the popularity of the casino-based game and spurred more creative games.

The arrival of the internet has upped the game and increased access to games. Today, there are over 2.2 billion mobile gamers.

Casino games are now readily available on the best consoles in the market.

Today, there are all types of casino games from console from video poker, themed slot games, live blackjack, to Classic Shoot ‘Em Up Games and many others.

Love casino games? You can now play fantastic titles on your game console. This guarantees a fascinating gaming experience but the journey to get here goes way back. Casino games have taken time to claim their rightful place on gaming console ecosystem finally.