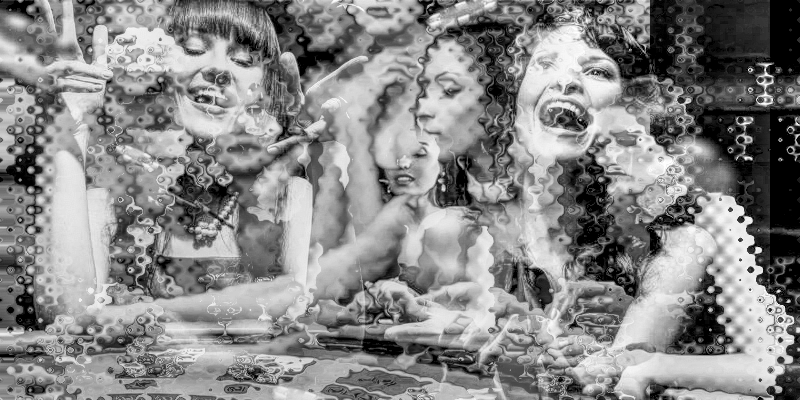 It’s no surprise than men and women are different in many respects. But do they play differently? Let’s see what the science says on this matter.

Why do they play?

People gamble for a variety of reasons. Some are attracted by the possibility of making money on gambling. Some prefer the thrill that you feel while you wait for the casino game to show you the result. Some like the social aspect of gambling.

Studies show that men and women are mostly similar on this question. Roughly a half of men and women are in for the money. They see gambling as a form of investment where you can win a fortune if you bet long enough.

Men and women are equally divided in the question of boredom. 22% of women and 19% of men gamble because they’re bored as found on IrishCasinoHEX’s view on MrGreen Casino. As for the thrill of gambling, 5% more men than women gamble for the thrill of the game first and foremost. The numbers here are 20% and 25% respectively.

What do they play?

Now, men and women are much more divided in terms of games they prefer to play. 73% of men prefer to bet on sports while only 40% of women do. This may be due to the fact you have to know a lot about dozens of factors to bet effectively or to the fact that women are less interested in gambling on average.

Bingo, however shows quite different results. 28% of men play it while 60% of women gamblers do. There’s evidence that women prefer to play non competitive sports and calculate their chances of success, while men go for competition even when they’re bound to win.

The same study correlates with the statistics that shows men prefer competitive gambling like poker. They’re 10% ahead of women in preference to this sport, with exact numbers being 30% and 20% respectively.

How do they risk?

Men tend to take risks more than women on average. As the study we mentioned before shows, men can be less calculative about taking risks, however.

A study on problem gambling shows that more men than women are problem gamblers. The numbers are 2.9% for women and 4.2% for men.

Where do they play?

A lot of respondents of the survey gambled in front of TV, a common modern day trend. A third gambled in the bathroom, with men being 4% ahead in this category. 10% of either sex gambled in a hospital – a sane decision considering the size of a hospital bill.

As for family events, 12% of men would distract from them to gamble, while only 8% of women would.
What sites do they play at
Brand loyalty is rather high in gambling. About a third of men and women play at one website only. Another third gambles at two websites.

The number of gamblers who play at more than 6 websites at a time is as low as 10% for both sexes. Men and women are quite united in this respect, and don’t want to pick many places to play.

How much do they spend?

Men spend a lot more on gambling on average. Half of women don’t spend more than £10 a week on gambling, on par with 35% of men.

In all the consequent spending brackets, men are represented more than women. Often, the numbers are quite small. For instance, 3.5% of men spend £250 a week, while only 2.2% of women do.

Are they different or alike?

Men and women are quite different in gambling habits. Men spend more, and play different games. However, the difference is more about being 10% ahead of another sex than being cardinally different.