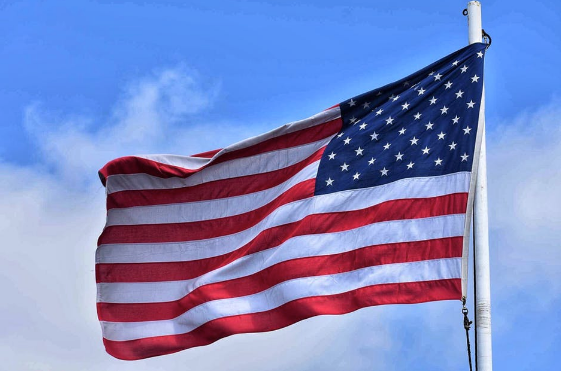 After starting life as the son of immigrants from Wales and Lithuania who slept on the floor in an apartment in Boston, Sheldon Adelson has built up a net worth of over $38 billion.

Today, he’s the CEO and chairman of the Las Vegas Sands Corporation.

He’s also well publicised as being a huge contributor towards President Trump’s electoral
campaign, giving almost $1.5 million to the campaign and various committees.

During the 2016 election cycle, the Adelson’s gave conservative candidates over $80 million.

And when Trump won, Adelson broke records by adding $5 million to the inaugural fund.
However, more recently, Adelson has been hitting the headlines for different reasons as he endeavours to get the Interstate Wire Act, which was introduced in 2011, overturned. This
act gives states the power to decide whether they want to legalise online gambling or not.

By 2013, New Jersey, Nevada and Delaware had all decided to do so, with Nevada only
legalising online poker.

The stance Adelson has taken means he’s putting himself and his company, Las Vegas
Sands, up against Caesars Entertainment and MGM Resorts who are all vying to make
money through online gambling.

Why is Adelson Against Online Gambling?
​
It perhaps comes as a bit of surprise that Adelson is opposed to online gambling, especially
with him making so much money from his own land-based casinos. However, Adelson’s
reasons for opposing online gambling are on ‘moral grounds’, with him suggesting that these platforms are making it too easy for the poor or children to bet.

Will President Trump Change the Laws?

Even though it’s clear that Adelson and Trump are close allies, Donald Trump did run
casinos in New Jersey for a number of years and may, therefore, take a different view.
Reports even suggest that, in 2011, Trump considered entering into the online gambling
world (this is according to the Securities and Exchange Commission).

Furthermore, by overturning the Wire Act, the expansion of online gambling might not be the only thing that’s affected. The states that have already legalised online gambling could be significantly impacted, with the former chairman of the Nevada State Gaming Control Board, Dennis Neilander, suggesting that the Department of Justice could, in theory, bring criminal actions against those licensees who have ‘violated’ the Wire Act.

And with several states, including New Hampshire, New York, Illinois and Pennsylvania all
considering legalising online gambling, this overturn could cause even more disruption if it
goes ahead.

For example, in Pennsylvania, where the Sands Bethlehem casino resort owned by Adelson
is, Democrats have estimated that $100 million could be raised in the first year if Internet
gambling was legalised. This would come from tax revenue and licensing fees – an
important addition seen as though the state is currently facing a revenue shortfall of $3
billion.

Both sides have also warned against the potential loss of jobs and lawsuits that may come
with the decision.

The U.K. has, unquestionably, benefited from the legalisation of online gambling. Latest
figures indicate that the entire gambling industry in the U.K. is worth £13.7 billion, with the
online betting, bingo and casino sector enjoying a market share of 34% (approximately £4.6 billion). Equally, in 2015 in Australia, revenues from the iGaming industry were up 43%.

Online gaming sites have been able to take advantage of how prevalent gambling is in the
U.K. Online bingo is proving to be particularly successful, Wink Bingo have taken advantage
of the proud history of bingo in Britain, they have even adapted their game to ensure it is
popular amongst younger generations. And by offering free bingo, Wink Bingo has
successfully tapped into a growing marketplace of people who are looking to switch off, relax and enjoying gaming on the go.

Furthermore, it’s a legal requirement under the U.K. gambling licence for online websites to
confirm the age, locational and residential status of any of their customers. This information is often verified through ‘soft’ credit checks, which not only help protect vulnerable people from betting online but also reduces the number of money laundering and fraud cases.

If a person’s age cannot be verified on the electoral roll at the provided address, gamers will need to send a copy of their ID to verify their age, e.g. a passport.

As you can see, the online gambling industry has a lot to offer local economies. And this
only looks set to increase further.

In 2012, statistics indicated that the international gaming industry had an overall worth of
$417 billion, with 8% of this ($33.8 billion) coming from online channels. Further research
also suggests that by 2020, this figure could have nearly doubled to reach a staggering
$59.79 billion.

Therefore, even though Adelson appears to have quite a close relationship with Trump, the
amount of potential money that could be generated by keeping online gambling legal in the
U.S. may be too much to turn down (particularly when Trump has shown signs of investing
in this industry himself).