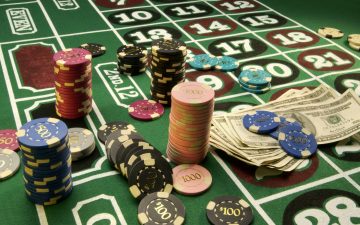 To achieve this many have ploys and strategies that they’re confident will tip the odds in their favour. But, particularly for novice players, they should pay just as much attention to the things that they should avoid doing. Because bad habits soon become engrained behaviour which it becomes ever more tricky to drop – and that certainly won’t win you money, it’s much more likely to lose it.

So here are some tips about real no-no’s for the most common games, whether you’re playing in a real one or enjoying an online live casino experience.

But, before we get into them, the over-riding principle for all casino games, is to make sure that you know all of the rules before you start. If you don’t, then you’ll already be at a big disadvantage.

Blackjack’s also a simple game but has pitfalls along the way. These include not knowing when to split a hand or when you should stick on a hand.

Luckily a great deal of this has already been worked out mathematically for you and incorporated into the basic blackjack strategy – all you have to do is memorise it.

Finally, something to definitely avoid is taking insurance on a hand. In the long run it’s going to eat into your winnings – plus it takes away some of the thrill of playing.

There are two kinds of roulette generally played in most casinos – American and European. Never play the American version if you have the choice. That’s because it features both “0” and “00” on the wheel as well as the 36 numbers. This increases the odds in the house’s favour and, while the difference may be marginal, it’s still making it less likely that you’ll win.

You’ll also find there’s a great deal of information about supposedly fool proof roulette systems and you should treat these claims with real caution. One of the most well-known is the martingale in which you double your stake after each losing bet. But if you have even a moderate run of bad luck you’ll soon get through your stake money.

Far better to rely on a slow and steady approach placing evens bets. There won’t be any dramatic big wins but there’s a good chance that you’ll steadily accumulate cash.

Craps isn’t complicated, but the betting can be and there are some kinds of wager that carry a far higher house edge than others including the Horn Bet and the Any 7. So it’s far better to stick with ones like the pass line and don’t pass line where the odds are more stacked in your favour.

It can also be tempting to place multiple bets in a game. If things go right for you then this works out well, but if they don’t then you’ll soon run out of cash. Far better to place single bets and play longer.

You should also think about placing odds bets when you can because these will pay evens money and reduce the house edge.