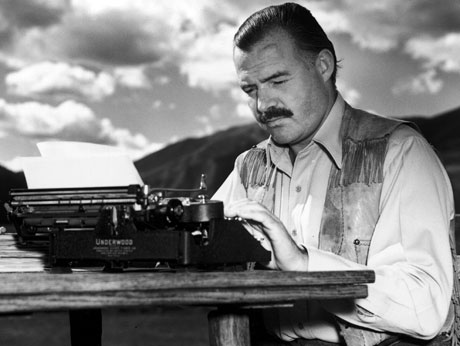 His life and works were a strong influence on culture and the way of life. Broken and in pain, Hemingway decided to end his own life but his legacy will live forever. Today, let’s take a look at the part of his life that’s perhaps less known: Ernest Hemingway: the writer and the gambler.

Would he have lived today, Hemingway would have probably hated online gambling. He was a man used to a hands-on approach – playing remotely at the Vegas Palms, or betting on horses miles away. Playing at the Vegas Palms is a perfect fit for our connected society where everyone walks around with small computers in their pockets. But in his time, the artist would have probably preferred to place the bets with his own hand, and pocket his winnings in cash, not through an e-wallet or a credit card.

A passion for the races

Sports were among Hemingway’s passions throughout his life. He himself took part in a number of them – boxing was a life-long pursuit for him, but he tried water polo, track and field, and football. He was, in turn, interested in other sports and activities – during his years in Europe, he developed an interest in bullfighting, which made him return to Pamplona several times, and cycling, which he gave evidence of in his book “The Sun Also Rises”.

He was also passionate about horse racing, and he was a punter, too. In “A Movable Feast”, he writes about his passion for horse racing: “We went racing together more times that year and other years after I had worked in early mornings, and Hadley enjoyed it and sometimes she loved it. […] It was not really racing either. It was gambling on horses. But we called it racing.”

A passion for poker

Hemingway’s passion for poker is not something mentioned on his Wikipedia biography. But he was a good player ever since his early years – he and his friends used to play secret games in their hometown, where poker was considered a sin. Anecdotes mention his secret poker games in Austria, at the hotel he stayed. Secret since poker was illegal in the country at the time. Later in his life, he was often joined at the poker table by big names like director John Huston, actor John Wayne and renowned photographer Robert Capa. He is said to have played poker the way he lived his life: “Never call; either raise or put it down.”