Getting into game emulation is easier than it seems. If your software and hardware correspond to all technical requirements, all you have to do to tweak a couple for settings and get used to the new interface. Adjusting to a new gaming environment will take you less than a day. Really, there is nothing to worry about.

However, all the above only works if you made sure that your software and hardware correspond to the technical requirements of the games that you’d like to emulate. In this article, we’ll take a look at how to prepare your PC for playing Gameboy Advance roms, but the advice works for other consoles, too. The majority of the advice is common sense – these rules that work for all consoles and retro-games alike. 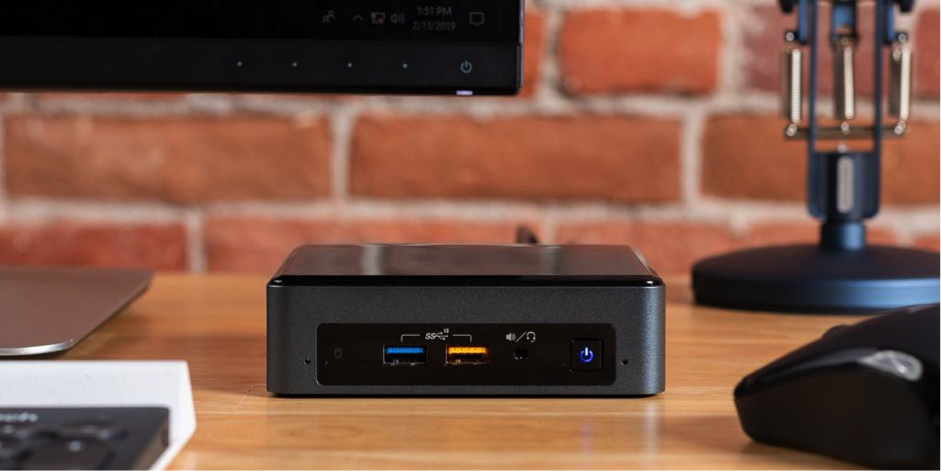 Step #1 – Assessing the state of a CPU

For a gaming computer, and even more so for an emulating PC, CPU is the single most important condition of comfortable game experience. The majority of the simulation processes are performed exactly by your processing unit.

The first factor to take into account is speed. Not only the CPU has to accommodate the speed of the game itself (it’s not too difficult, considering the age of the titles) and convert the code from console-based to PC-based algorithms. As you can see, two processes lie at the core of your game emulation.

Most emulators don’t require multi-core processors, working perfectly fine with a single-core speed. Still, make sure that this speed is not slower than average. The state of your CPU should be checked in your PC’s admin settings and vary depending on the device. 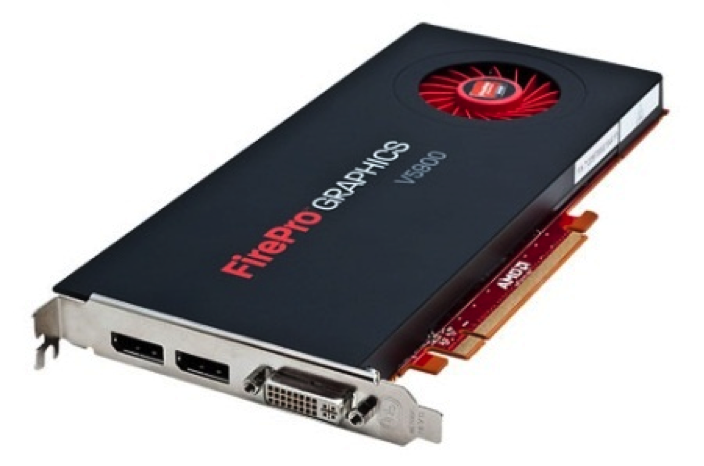 You can exhale here, though. In emulation gaming GPUs aren’t nearly as important as they are in modern gaming. The interfaces of retro-games are much less demanding than the ones, offered by recent titles.

Since the console hardware simulation is handled by CPU, GPUs handle minimal workloads. Still, some emulators and Game Boy Advance is not an exception, take advantage of GPU’s capacities. So, acquiring a powerful GPU becomes excellent assistance to a CPU, if it’s somewhat less powerful.

You should strive for the balance: a CPU has to be more powerful, but if its characteristics are lacking, a high-performance GPU can give a hand, taking some of the performance load.

Unlike GPU’s capacities, RAM should in no way be underestimated when it comes to emulation. The stimulation itself requires significant storage space. Additional settings, pre-loaded functions, game designers, and functionality – all those use RAM to function properly.

The more powerful emulator you use, the more RAM you need to prepare. For average software, 8GB should be enough, but modern tools require at least 10-12 GB.

Step #4 – Define how much HDD and SSD storage you need

For cartridge-based consoles, released 20-30 years ago, you don’t need much storage. This category includes Game Boy Advance, as well as Genesis, Neo Geo, Master System, Pocket Color. 100 GB of memory on your entire PC should be enough but if you’d rather avoid risks, free up 150 GB, just in case.

Classic retro-games use little data amount, compared to modern titles. You can download dozens of games and still use less space than for the single modern one. However, if you are using a high-performance emulator, it will adhere to current requirements and require more space. In that case, 300-400 GB is your goal.

Now that you know the basics of picking hardware for emulation, it’s time to clarify the details. We analyzed online forums and support groups and define the most popular concerns of beginning gamers.

So, if you want to avoid further confusion, take your time to scroll through these answers, even if you don’t have the same question yet.

What to do if I don’t have a powerful CPU?

Go for the oldest version of Game Boy Advance, and aim for 1980-1990s overall. The newer is the game – the higher are the CPU requirements. Another hack is to look for an emulator that optimizes CPU’s workload – this is typically disclosed in emulator’s technical characteristics.

Where to find GBA ROMs?

You can take a look at fan-made files or browse the catalogs. To be safe legally, you can buy the original version, too. However, you’ll be most often paying not to Nintendo, but the third-party owner, considering that the company stopped supporting a wide range of its old titles. So, you are not supporting developers, just ensuring compliance with legal requirements.

The emulation in itself, on the other hand, is entirely legal. As soon as you have the reason to use the emulated code, you should be absolutely sure. To minimize the chances of being spotted by controlling institutions, don’t distribute downloaded ROMs. If you keep the file usage strictly personal, you are likely to be safe.

Where to look for information?

First and foremost, hit official sources – the websites of the emulators and tech support. If you have downloaded a ROM from a third-party source the catalog should have a custom tutorial for its emulation.

Secondly, go to the fan communities. Reddit is the best place to find active discussions – our favorite ones are /r/GBA, and /r/gameboy.

You can also take a look at GitHub and get advice from experienced developers and testers. Some emulator developers host the entire wikis there. Even if not, it’s the second-best place to get tech support after the official website.

How to set up the emulation?

After you’ve verified the state of your PC, it’s time to get going and install crucial emulation software. The first piece you need is the emulator itself. To pick the right one, pay attention to its age. The newest options will provide rich additional features and versatile customization, but instead, they consume a lot of CPU’s energy and require significant RAM expenses.

How to pick an emulator?

Some emulators support all GBA games while others are adapted only to specific years. Again, the bigger the functionality, the higher are the expenses. If you are not sure in your PC’s abilities, take time to research the game catalog and find the period that interests you the most. Aiming at all titles requires extremely powerful hardware.

Your goal is to pick the tool that delivers the richest functionality and supports the highest number of games while still corresponding to your technical capacities. The truth, as often, lies in the middle. By picking ‘average’ emulators with slightly limited functionality, you will get access to just enough features, but avoid overloading your PC. 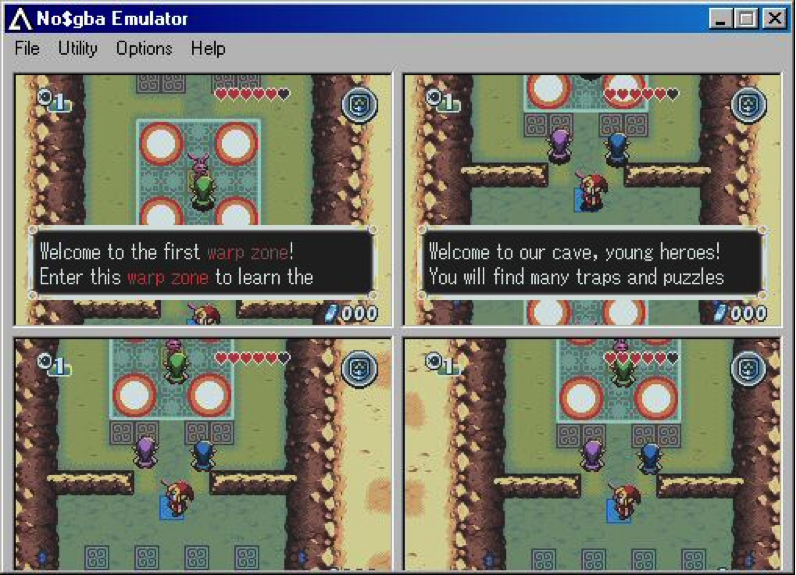 Our top picks of GBA emulators

VisualBoyAdvance – this one supports multiple operating systems and takes some load on graphics cards;

mGBA GBA Emulator for Windows – additional feature including rewinding and fast-forwarding; high sensitivity is certainly a plus;

Higan GBA Emulator – we like its simple integration for modes and cheat-codes and bug-free full-screen mode.

After you’ve looked through the list of GBA games and found favorite titles, you need to find their emulated versions. The fastest way is going to the catalog with GBA ROMs and downloading a secure file from such a library. The drawbacks here that some of those websites are illegal since the owners don’t have the license to distribute the copyrighted code.

Finding out whether you are dealing with the licensed software or not is difficult, but the rule of thumb is usually to assume that free ROMs are pirated. However, if you pay for the code, it’s not yet a guarantee that those files weren’t ripped illegally either. Your chances of success are higher, but still, scams are possible.

Still, downloading files from a catalog or choosing to play GBA games online is safer than getting it from forums or friends This way, the part of the responsibility is shifted to the provider of the file. Also, you know where to go if the file is broken or buggy.

Our top picks of ROM-libraries

Emuparadise – a smart filtered search by yea, categories, and genre;

Emulatorgames – this one features both the most popular titles, as well as some rare, forgotten games;

Wowroms – the catalog offers a great choice of free ROM download; users have to rewrite the file to comply with legal requirements.

If you haven’t found the titles that you were looking for on the list, go to the forums and Reddit threads. Be aware, however, that you take responsibility for the origin of the file. There will be no technical support, should something go wrong. 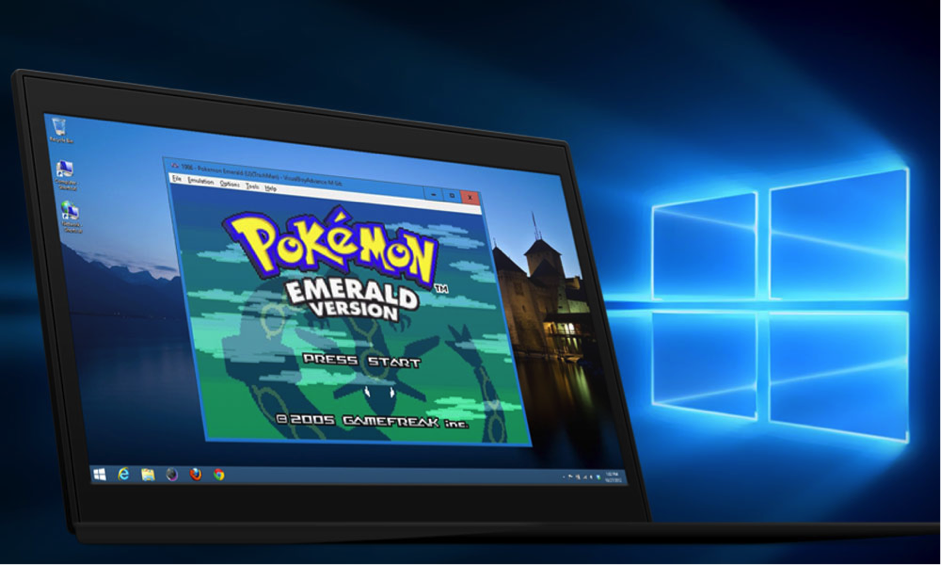 To get the most out of your emulation experience, pay attention to all aspects of the process. Start by assessing your hardware- this will determine the scope of your emulator’s functionality and the age of supported games. A CPU handles 95% of all simulation load.

If your CPU can’t handle high loads smoothly, op in favor of older games and emulators with limited functionality. The more versatility you want, the higher should be your hardware’s technical characteristics.

To make sure that ROMs are compatible with your emulator and software, we advise preferring catalogs over fan-made rip-offs. On dedicated libraries, each title has a detailed description, screenshots, the team of testers who check the state of a file, and technical support.

Thorough preparation might take up some of your time in the beginning, but it definitely pays off, and the difference is felt immediately. Take your time, do research, and take a careful look at your possibilities.