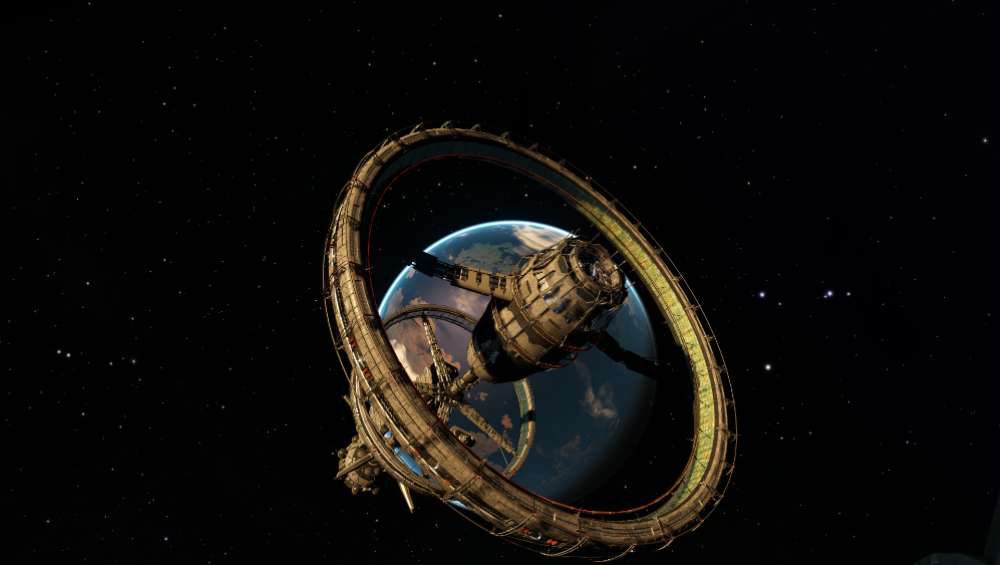 Anyone who grew up in the 1980s will know about a legendary game called Elite.

Those were the days of loading games with cassettes or massive floppy disks and waiting for minutes on end for it to load up. You would sit there in pure anticipation listening to the quirky garbled sounds of code going through the machine.

This time, of course, would give you a few moments to look through the Elite novel that came with the package, which was large and in-depth enough to encompass the enormity of the game itself.

Eventually, the game would load up and a big smile would come across your face. Yes, Commander Jameson is ready to start in his Cobra Mk IV.

The amazing thing about Elite, whether played on the BBC Micro, or Acorn Electron, was for those days in 1984, the game was vast. There were whole universes to explore, Thargoids to blow you up in Witch Space, and fortunes to be made in trading routes all crammed into 22k of memory. For a child, this opened up massive avenues, as you built everything up from nothing to equip your ship better, and to shoot down as many pirates as you could to increase your rank up to Elite.

The architects of this seminal game in gaming history were two Cambridge university undergraduate mathematicians. David Braben and Ian Bell, who somehow slapped multiple galaxies, ships, space stations, combat dynamics, and trading into an 8-bit computer. Written in assembly language and machine code, the coding had to be very succinct to fit everything into a few bytes.

At the time, wireframe games were exclusive to arcades, where you would have to plonk in your ten penny piece, but to have a wireframe game in your own home to play at leisure was a real kicker. If you weren’t hooked after your first docking at a Corialis station, then you were effectively dead behind the eyes.

Turn to 2012 and a Kickstarter campaign to develop the mother of all versions for Elite, i.e. Elite Dangerous.

David Braben, was back and this time with new technology that would involve an immense jump into the year 3300.

For old hands, this was a dream come true, and to see the game come to life with a plethora of upgrades was astounding. Of course, with a game of this size, there had to be teething problems but the attention to detail, and mechanics incorporating actual elements of space travel was mind boggling.

Frontier Developments thus created a whole new world, where many dynamic elements, and strategy would give the player real impetus to succeed.

For beginners, you start off in a Sidewinder, and a little cash to get you going. That’s it, survive or die. You can progress multiple ways, either trading, combat, piracy, prospecting, exploring, or whatever system you can find that is out there. Opportunities always come up.

The Elite Dangerous universe is made up of many factions, so politics is a real game mechanic, and in additional game add-ons like Horizons, you can land on planets. Fitting out your ship with regular systems is not good enough, eventually you will have to endear yourself with an engineer, and for that you will need materials. Each engineer deals in different ship systems, so there is a seemingly never ending series of tasks to complete.

The thing about Elite Dangerous is that you need dedicated gamers to play it, because many who have no ability to concentrate, or have a low attention span give up easily. Elite is like real life, if you don’t stick to your guns, you don’t survive. Some say, there is a grind element to Elite, but this is what makes it so realistic. Unlike other games where rewards are dished out every minute, Elite takes years of playing. This is why it is possibly the best space game out there, or openworld game that has ever existed.

The Frontier Developments team are continuously bringing out new updates and patches, so the game as a whole grows, especially the following of the game, and the multiple forums and videos of how to do things in Elite Dangerous.

In 1984, it was fun to fly up behind a lumbering Anaconda and blast it to shreds with your Cobra, but in 2018, good luck mate. A Cobra up against a fully armed, and engineered Anaconda has no chance.

Anyway, the DS Team is off to a Haz Rez for some serious pew pew.