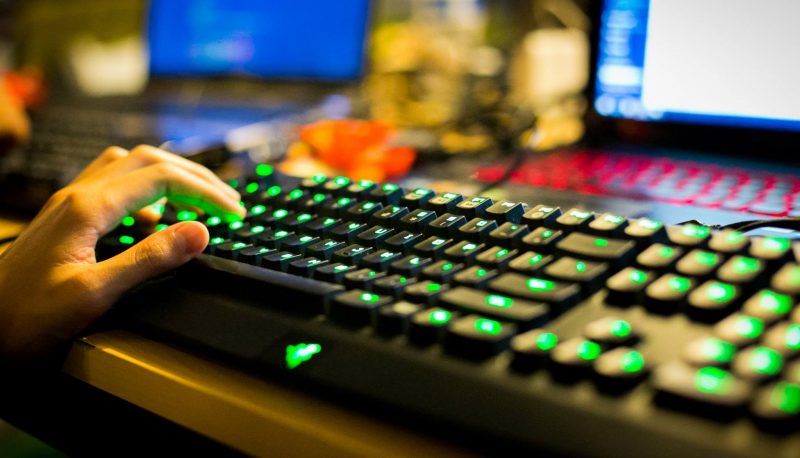 Whether it be fighting against your friend on the latest console game, or playing a game on your mobile device, the ability to play online has changed the playing field in a huge way.

To see the impact of the Internet on gaming, you just have to look at the figures. Taking Grand Theft Auto V as an example, this is a game that has been out for years, but is still huge. Grossing around $1 billion worldwide in just 3 days it is a truly huge game. The online side of the game is further extending its life, with only Red Dead Redemption 2 coming out in 2018 a real competitor to its popularity.

Another aspect of online gaming is the move to digital sales for the games. In 2016 digital and online games grossed £1.22bn in the UK where boxed games brought in £766.7m.

The fact that both mobile gaming and digital sales out grossed boxed games shows that our gaming habits are definitely moving online, in both sales and playing the games.

Moving away from sales and looking to how much profit online gaming brings in on a global scale, the amounts are staggering. With a total of 99.6bn in 2016 it is no surprise that the games industry is noticing where the real money is made. This big rise of course is brought in by the rise of mobile gaming and the freemium model that most games use now.

Through the use of in-game purchases and the players willing to add money to their games, games companies are now making huge profits in these games. We can’t complain too much about this though, the more profit made this way, the more money can be invested in the big Triple A games on the major consoles.

Gaming on mobile gaming comes in many forms, from the very lucrative Candy Crush Saga clones, to live casino in the UK, and of course the huge Pokémon Go game, players have never had so much choice. It will be interesting to see if the popularity of Pokémon Go brings in a new wave of augmented reality games, and what impact virtual reality will have.

Online gaming is incredibly lucrative to game companies, and most importantly is very popular to gamers. While it is always a mistake to forget the importance of solo player options, the future is definitely in social gaming. Whether it be playing a game on your mobile phone or destroying your opponent in a game like Overwatch, playing online just can’t be beaten.