What were the most awarded brands, campaigns and agencies last year?

The only ranking of its kind, the report allows brands and agencies to benchmark their creative impact against rivals in the same field.

AdForum receives the results of every major awards show and compiles its ranking from this data. While some shows were cancelled in 2020, the BCR incorporates the results of more than 20 different events, including the D&AD, The Epica Awards, the One Show, New York Festivals, White Square etc.

The results enable clients and agencies to detect creative trends in their field and draw valuable insights that may drive future campaigns.

This year’s report shows that Burger King was the most awarded brand in 2020. Its “Moldy Whopper” – from INGO Stockholm, David Miami and Publicis – outperformed every other campaign across all awards shows. It dominated the Food & Beverage and Retail sectors. The trio behind it were the most awarded “agency” due to the success of the decaying burger.

The results also indicate the popularity of cause-related campaigns and tech-driven experiences among juries. However, strong storytelling and craft continue to break through.

In Automotive, for example, while Volvo’s cause-related E.V.A. Initiative retains the top slot, the more recent “Small Escape” from BMW, a cinematic drama-driven tale, comes in at number two.

The Health & Beauty category bears little resemblance to last year’s results, perhaps due to the influence of the pandemic, with the “Courage Is Beautiful” campaign from Dove (and Ogilvy) – praising front line medial workers – in leading position.

In the Luxury sector, as last year, the highest spot is occupied by Lacoste (and its agency BETC), while premium automotive brands Volvo, BMW and Mercedes jostle for the remaining places.

The Finance top five has also changed from last year. Apart from MasterCard’s “Astronomical Sales” (FP7/DXB – McCann Worldgroup) at number one, which equates a solar eclipse with its logo, the most awarded ads tend to be purpose-driven, suggesting that financial services companies are ready to portray themselves as the good guys.

The purpose-driven trend made itself felt again in the Transport & Tourism sector. Rising to the top slot is the amazing “Go Back to Africa” from Black & Abroad (FCB/Six), which turned a racist slur on its head to encourage African American travellers to visit Africa. New in the ranking at number two, Russia’s S7 Airlines (with agency TutkovBudkov) rebranded as “Siberia” to draw attention to raging forest fires in the region.

While the Tech category features plenty of cause-related work – at the number one spot is “Changing The Game for the Xbox (McCann New York), which makes the gaming device more accessible for kids with disabilities – Apple is at number two with “Bounce”, its jazzy, uplifting film (from TBWA\Media Arts Lab). Tinder with the interactive adventure “Swipe Night” (72andSunny) completes the top three. But Apple was the most awarded brand in this sector because it had four ads in the top ten. 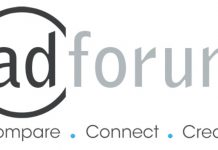