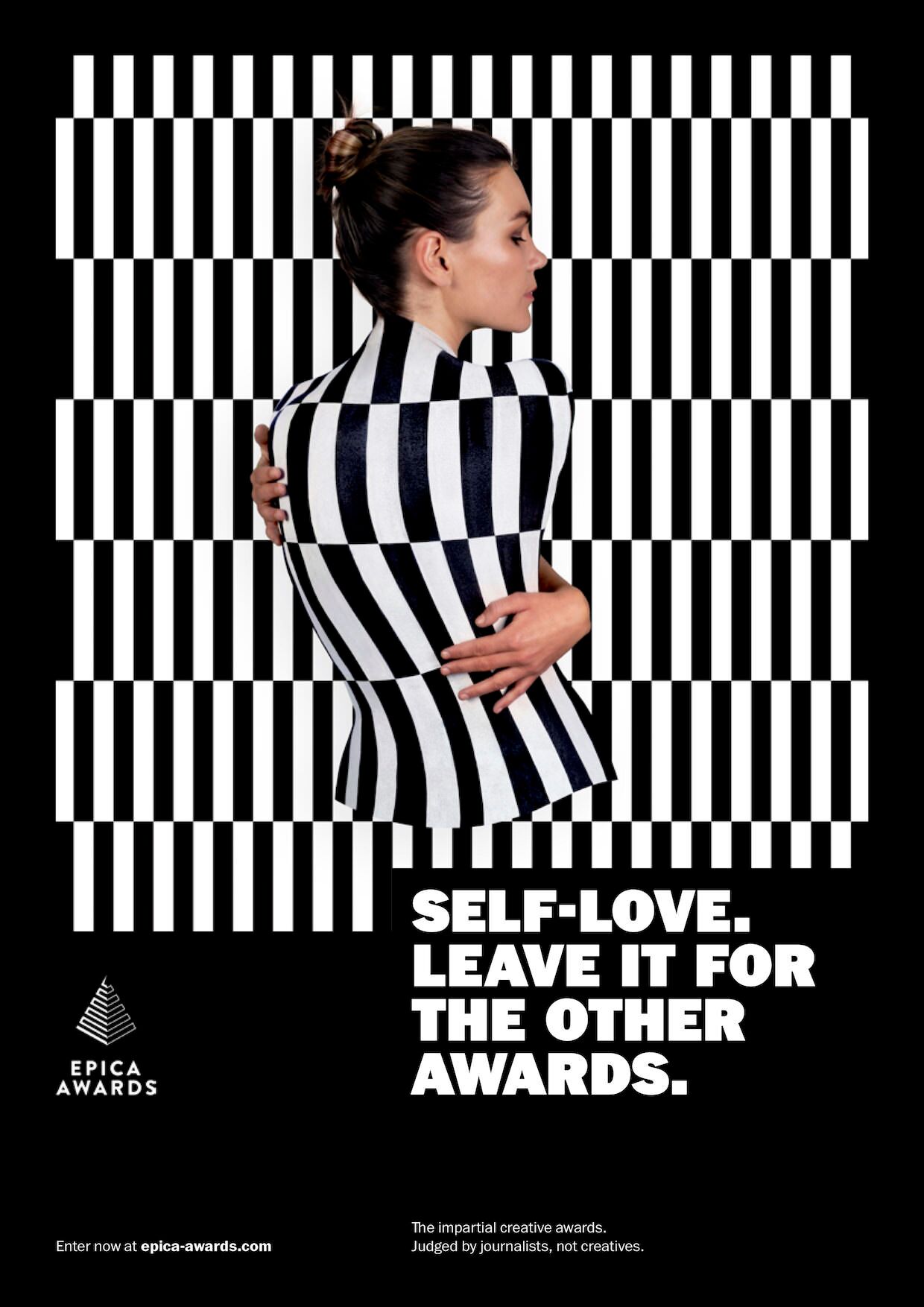 At its annual lunch in Cannes, the journalists’ prize placed an even greater emphasis on its jury and unveiled its new advertising campaign. It’s another epic year and the Daily Squib is honoured to be one of the judges for the third year running, our duty to the field of creativity.

The Epica Awards has underlined its unique positioning in the awards landscape with a new advertising campaign from Hecho Studios Amsterdam, wittily reminding potential entrants that it’s time to leave the “self-love” to other awards. Hecho Studios gathered photographer André Bakker and body paint artist Ton Nizet to create striking images that shed light on the status quo of creative awards and Epica’s uniqueness.

“We appreciate the aesthetic and unique perspective Epica brings to judging creative work. To elevate this we wanted to convey a bold and visually striking message inspired on op art. With André and Ton in the mix, we managed to create an eye-catching visual that illustrate self-affirmation with a dash of sex-appeal,” says Gregg Clampffer, Executive Creative Director at Hecho Studios Amsterdam.

Epica Awards will return to Amsterdam for its next jury meeting, conference and ceremony from November 18 to 21. The ceremony will be held for the second time at the spectacular KIT Royal Tropical Institute. It will be preceded by the annual Creative Circle conference, whose subject this year is “The Truth About Brand Purpose.”

This year’s jury president is Fiona Rogers, Chief Operating Officer of Magnum Photos. For 70 years Magnum has been home to legendary photojournalists, many of whom have also worked in the advertising field.

Fiona Rogers commented: “The Epica Awards is at the intersection between journalism and advertising, making it an ideal match with Magnum Photos. Our photographers have always represented an idiosyncratic mix of reporter, artist and creator, and today our contemporary members continue to push the boundaries of those founding ideals.
We are in an age of infinite content creation: more than ever brands are turning to emotive, powerful and relatable stories which have the ability to move and cut through the noise. It’s an honour to be invited to preside over such an important initiative. I’m looking forward to seeing how our entries creatively approach this shift to an expanded, 360 degree representation of the traditional ‘authenticity’ tropes.” 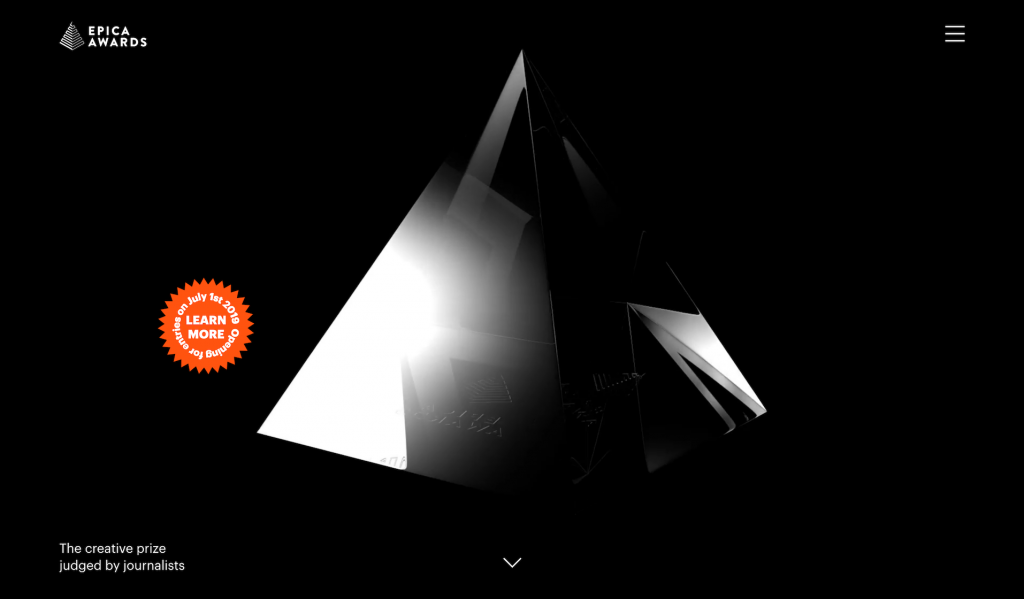 Tomas Ramanauskas, co-founder of Godspeed Branding: “We decided to go epic for Epica. First, we’ve focused on brand assets: a striking award—a glass pyramid. It became the focal point of the website, a spinning object of fetish. Then we’ve taken Epica’s main brand colour and made it rule their web look—all of it turning black.”

Dovydas Stonkus, Head of design, Godspeed Branding:
“We’ve worked really hard on the practical things: a refreshed UX, fewer pages, responsive design, quicker access of information. Our design team used animation to make browsing a smooth, seamless experience. The creative process was exceptionally smooth since we knew the Epica Awards very well and had a clear vision of how we would like to make them look. Great communication with the Epica team helped tremendously.”

Finally, the latest addition to its list of categories is Creative Use of Data.

Epica’s editorial director Mark Tungate said: “At a time when ‘purpose’ is omnipresent in branding, it’s probably a good idea to remind people of our own. Our new website, the involvement of Magnum and the new campaign all emphasise our heritage and the value we bring to the industry.”

He added that after a number of nomadic years, Epica had chosen Amsterdam as its annual home. “For us the city represents both a global outlook and a non-traditional approach to creativity.”